The early history of Holy Protection parish parallels that of many other parishes in America dedicated to Our Lady (you can find many Virgin Mary Statues in the Church). With the large influx of immigrants from Europe due to religious persecution and economic hardship, thousands of Orthodox faithful left their families and arrived here on the shores of America.

Originally, most of the immigrants who formed this parish were farmers in their homeland, but once they arrived, the work of the mines lured them to settle in this area.

Being financially unable to build a new church, the founders of our parish held services with a visiting priest from St Louis in the homes of parishioners. Although many people were responsible for the establishing of Holy Protection parish, the three men cited as principle founders were: Frank Derbak, John August and Paul Andrews. With great spirit and determination, they went from home to home, along with many others, seeking support for building a parish home to raise their children in the True Faith. Ivan Matichin, Ivan Drozd, Ivan Shender, Ivan Lapko - are listed too, as most energetic activists in the organizing of campaign of the parish formation.

Though the income of these people was very meager, their strong faith and trust in God drove them on, and in a short time they obtained land and erected a church building. Each family was asked to give $25 at the start of the building, and another $25 at its completion. The response was tremendous.

On October 14, 1914 (according to the Julian calendar, the feast of the Protection of the Theotokos), work began on the new foundation. Plans were taken from St Joseph Orthodox Church in Muddy, IL the year before, and Fr Michael Vyacheslavov left St Louis, MO to become the first priest at Royalton.

On October 27, 1914, as work progressed rapidly, disaster struck. An earth-shattering explosion took place in the Franklin County Coal Co. mine located in Royalton. Thirteen Orthodox Christian men died in the explosion. In the aftermath of the disaster, it was learned that one of the founders of the parish, Frank Derbak, had survived.

Frank had arrived to work late that day (unusual for him). As he was entering the mine, the explosion blew the back of his coat over his head, and protected him both from debris and from deadly carbon monoxide gas. He lay still until one of the rescuers bumped him with his boot. He alone had miraculously survived, and from that moment forward, he fasted every day for the rest of his long life.

The thirteen deceased men were buried on land in Royalton owned by the mining company, and this land was given to Holy Protection parish to be used as an Orthodox cemetery. Each year on October 27, a solemn requiem (panakhida/parastas) service is celebrated for the repose of the souls of these 13 men.

After the building project completing, the financial reports showed, that the church was built at a cost of $2,200 which was paid in full, leaving the parish debt free.

Since that time, many additions have been made to the parish: a church hall, a rectory, beautiful traditional Orthodox iconography, wall-painted icons (the hand of the famous artist-iconographer Sokolov) and a grotto with a mosaic of the Theotokos, the Most Holy Mother of God and Ever-Virgin Mary.

Every day, the bells of The Church continue to ring out calling all to the daily celebration of worship, and reminding all who hear them to take a moment to be with God, as we pray for our salvation, your salvation, and for the salvation of the whole world.

The Protection of the Holy Virgin Mary Orthodox Church in Royalton cordially welcomes anyone, who considers himself as an Orthodox Christian (Americans, Russians, Greeks, Serbians, Romanian, Bulgarian, Ukrainians, etc.)

We invite all and anyone, who want to come to this holy place and worship with us the Lord Jesus, Who is so Great and so Marvelous in His Saints!

Come and see, and pray with us!

Glory be to Jesus Christ! 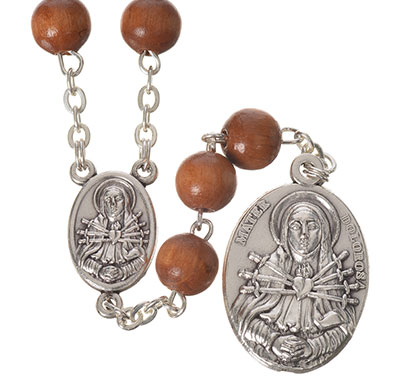